History of Water on Lāna‘i

When the Hawaiians first settled Lanai nearly 800 years ago, they found water for drinking at many places along the coast. There are traditional and historical narratives that describe adequate watering places and seeps that sustained the native population. In Maunalei Valley there was also a stream that flowed from the back of the valley to the ocean, and water was also found seasonally flowing through Hauola and Kaiholena gulches.

There is evidence of extensive agricultural terracing and loi kalo (taro pond fields) in Maunalei, and terracing in Kaiholena Gulch. The Hawaiians used these upland water areas for cultivating crops. The irrigated fields in upper Maunalei were used at least through the 1880s by native residents in the cultivation of kalo (taro).

“Hahai no ka ua i ka ulu laau” (Rains follow the forest grove). By the 1830, the introduction of goats and sheep on Lanai led to a rapid change in the landscape. Uncontrolled grazing by animals led to the loss of forest cover, and as a result, the land heated up, rains became less frequent. As a result, rockslides began to fall down cliffs, making work in the valley dangerous, and leading Hawaiians to abandon their kalo lands.

Historical records compiled from the 1820s to 1900 identify at least 45 place names on Lanai that are associated with fresh water. These named places extend from the summit of Lanai Hale to the plains and ocean.

Beginning in the late 1800s, individual owners of Lanai engaged in efforts to make the land profitable — water was key to these endeavors. So development of wells, tunnels, reservoirs and pipelines became a focus of every landowner from Walter Murray Gibson to the present day.

Below are excerpts from the historical records, which describe water development on Lanai.

Mormon Elders settle on Lanai and worked with Hawaiian converts to create a mission in Palawai Basin. When the elders arrived, Palawai was green and likened to a valley. Within one year rains almost ceased and the land dried out.

According to historical records, fresh water was found in 1872 where the road ascends to Kaiholena, and at Waikakulu (the Mysterious Spring) in Maunalei Valley.

F.H. Hayselden and partners form the “Lanai Development Company” and begin developing water for coffee and sisal irrigation, as well as watering livestock. The company does this by diverting fresh water from the upper valleys and mountain springs into one distribution channel.

Sugar cane is planted along the Keomoku region of Lanai. The crops were watered through an irrigation system of small pumps. The Hawaiian Gazette reported that there was plenty of fresh water and arable land. Sources of fresh water were numerous, including natural wells below Maunalei and along a beach opposite of Lahaina, as well as at various points of elevation – from sea level up to 2000 feet.

To cultivate sugar cane on Lanai, Walbridge and Hayselden begin digging wells. Enough water is believed to be available, at depths of 45 feet and 80 feet, to sustain a sugar cane plantation. Newspapers report that sugar cane may transform the arid island and overtake ranching.

“The Palawai Development Company” looked for fresh water along the upper Palawai Basin and near Manele landing. The drilling efforts of this company were unsuccessful.

Charles Gay acquires nearly 99 percent of Lanai. From 1903 to 1910, Gay developed shallow wells along coastal regions. Water was drawn up to tanks or troughs with windmills. During his tenure, Gay also developed water from Maunalei Valley by creating a small dam, and piping it up the cliff nearly 800 feet with a gas engine pump. Munro (1958) reported that the pump system was in use until about 1917. 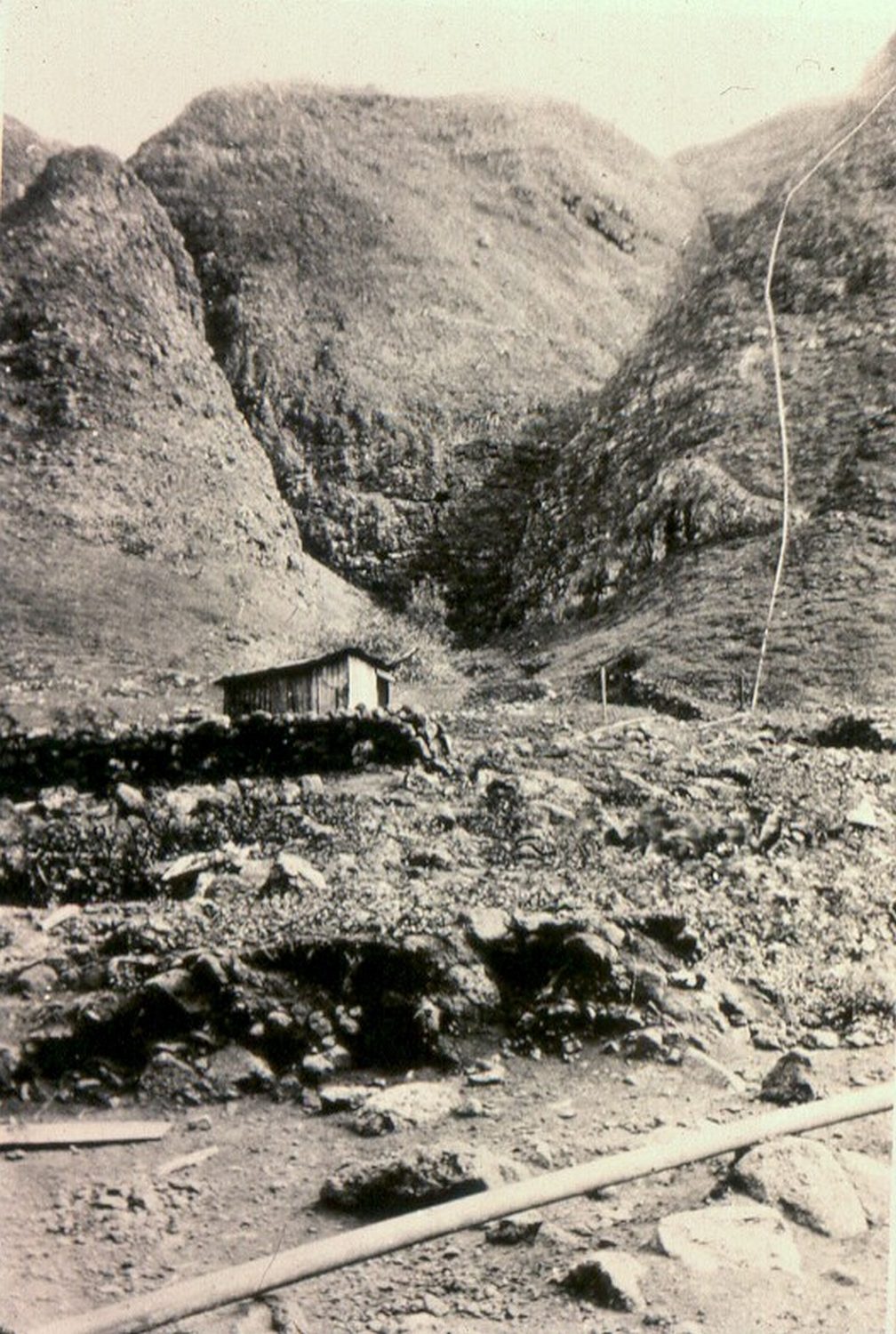 Shaft 1. The first horizontal well was developed in Maunalei with an average yield of 250,000 gallons of water a day.

Hawaiian Pineapple Company installed the new pump house in Maunalei Valley, and dug three pipeline tunnels to transport water from Maunalei to the 3 billion gallon reservoir behind Koele. Water was also turned on to supply the newly developed Lanai City. 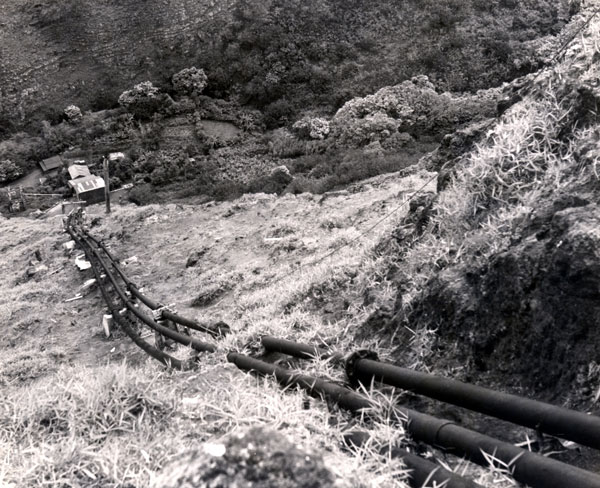 A deep shaft well was drilled by HAPCo. 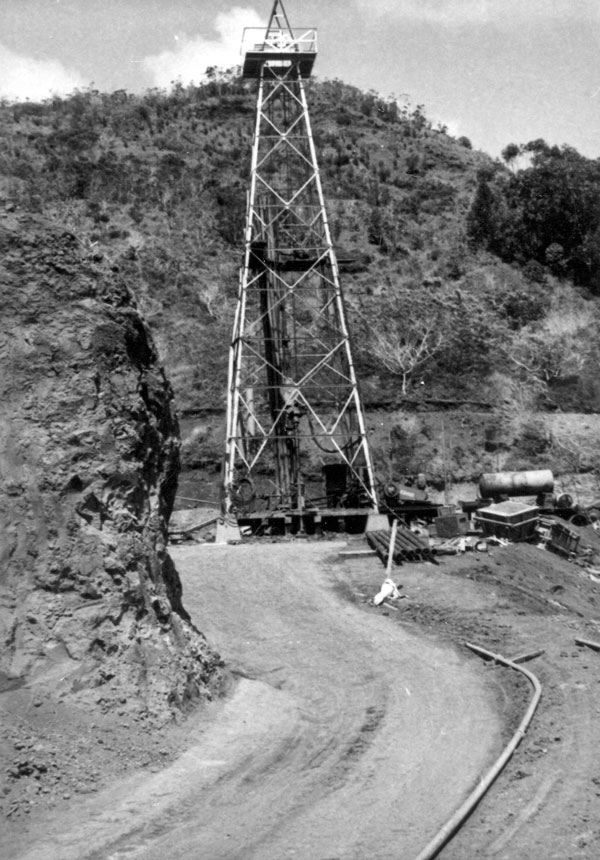 Wells No. 1 and No. 2, near the city, were drilled, more than doubling the supply of water available on Lanai.

Two deep-water wells were drilled on Lanai to provide enough fresh water to the island. The wells and two custom-made pumps capable of pumping 300 gallons per minute permitted the installation of toilets, showers, and laundry facilities in all worker homes. 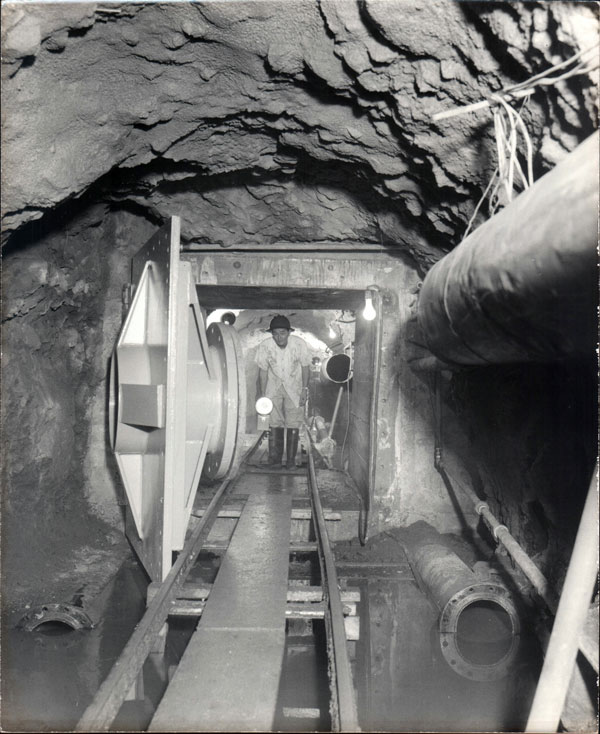 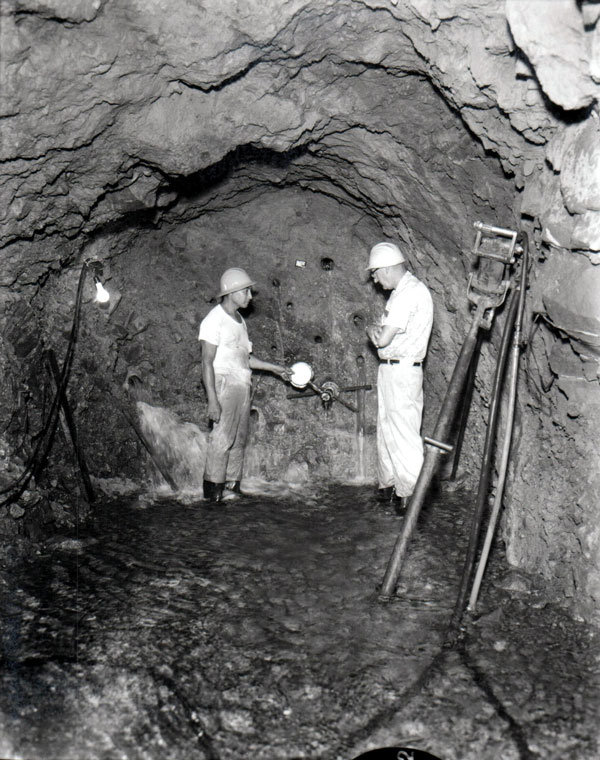 Fog drip studies are done on Lanai to determine how much water is captured with the passing of fog and clouds through the Cook Island pine trees on Lanai Hale. The trees more than double the average rainfall. 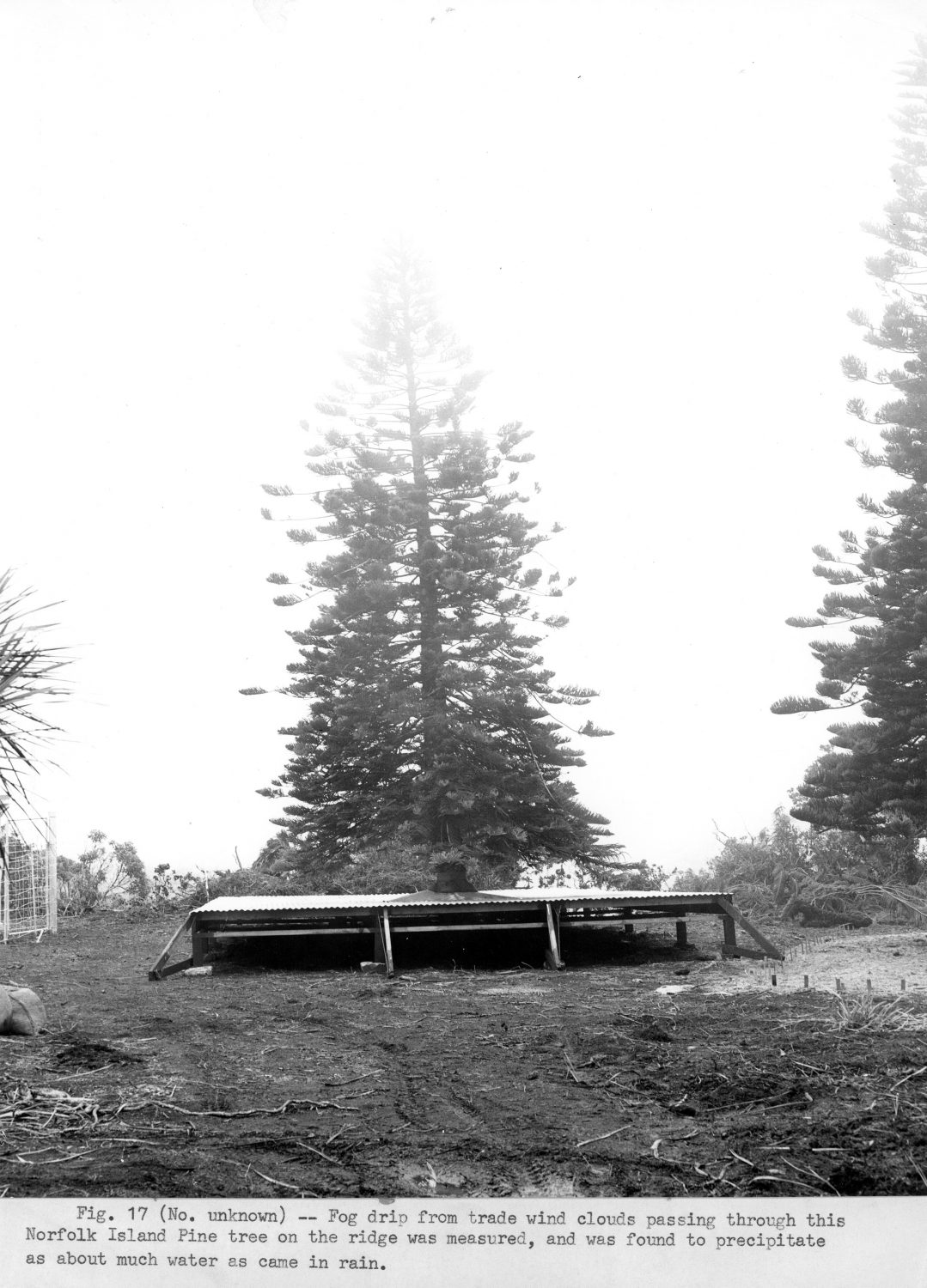 The Cook Island pine fog drip has allowed vegetation to thrive around Lanai City, Palawai and the mountains. Lanai also has a modern water system that supplies potable water, as well as brackish water suitable for irrigation.

For more information, visit www.lanaichc.org to explore our island history and family collections.​